Fourteen years later, the best guide to understanding how the September 11, 2001 attacks on the U.S. were planned and executed remains Lawrence Wright’s The Looming Tower: Al Qaeda and the Road to 9/11. 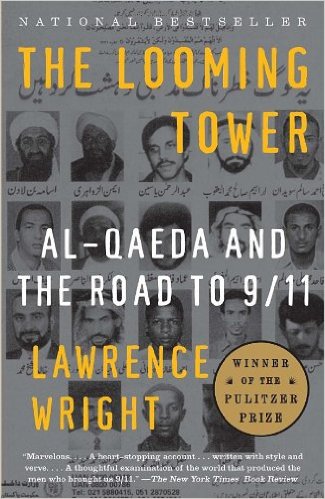 It is a masterwork of research, journalism and storytelling. It is also a powerful inoculation against the brain-warping disease of “9/11 Trutherism.” I use the word “inoculation” with purpose. Apparently once infected, there is no cure. I’ve never encountered a 9/11 Truther who could be persuaded of anything real, rational or logical, no matter how patently obvious. There is no rebuttal to “That’s just what they want you to think.”