“In fatigue and frustration we threw ourselves at the feet of the state and said, ‘Make me a hired hand. It’s too hard to be a son.'”

In an era of deception, telling the truth is a revolutionary act.

It was nine years ago last week–August 19, 2005 to be precise–that Israel voluntarily turned control of the Gaza strip back over the Palestinian leadership.

Prime Minister Ariel Sharon shocked the world and Israel’s body politic by announcing that not only would Israel withdraw it’s substantial military and police presence from “occupied” Gaza, the goverment would also forcibly remove the residents of all Israeli settlements.

So, Sharon proposed a radical move. A unilateral, no preconditions, no quid pro quo withdrawal from Gaza. The withdrawal would also serve as an grand experiment. Namely, if Israel’s good faith in withdrawing in little Gaza was rewarded with some peace and quiet, perhaps it could pave the way for a future withdrawal from all or part of the “occupied” West Bank.

It was massively controversial within Israel–and even within Sharon’s own governing coalition. In fact, then-cabinet-member Benjamin Netanyahu resigned in protest, warning that the withdrawal meant allowing the creation of a terrorist base of operations for attacking Israel that could be constantly supplied via the Red Sea or Egypt’s desolate, lawless Sinai desert.

For example, instead of building infrastructure or creating an self-sustaining economy to lift the suffering people of Gaza out of poverty and dependence, Hamas commandeered aid funds and poured them into creating invasion tunnels. Just one tunnel discovered in the recent ground fighting is said to have cost $10 million and required two years and 800 tons of concrete to build.

There are scores of similar tunnels lea

I point all of this out to pose a simple question: Given what Israel has experienced since withdrawing from Gaza, how motivated should they be to withdraw from the West Bank at any point in the future?

Answer that question with this additional thought in mind. Israel is massively dependent on tourism for it’s economic health. For several days a few weeks ago, all international air traffic in and out of Tel Aviv’s Ben Gurion Airport was halted because a missile fired from Gaza had gotten close to the airport. If that moratorium had continued it would have dealt a crippling blow to Israel’s economy.

Ben Gurion Airport is about three miles away from the theoretical dashed line on maps that represents the edge of the West Bank.

My point is, the day that Hamas missile sailed too close to Tel Aviv airport is the day the chances that Israel would ever leave the West Bank died. Israel will never withdraw from the West Bank territories. It cannot. Not as long as, in the words of Golda Meier, “the Palestinians hate the Israelis more then the love their children.”

Time to Annihilate ISIS; Here’s How

Hamas is different from ISIS only in degree, not in kind.

Keep this truth in mind the next time a Hollywood celbrity or Ivy League academic is championing Hamas and demonizing Israel. 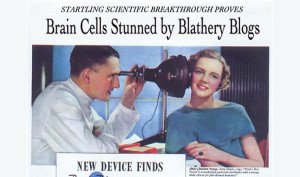 The “Blather” blog broke nearly two years ago (8/31/2012 to be precise) and I’ve been blogless ever since. I made numerous attempts to repair/restore the blog over the last two years. All were exercises in teeth-grinding frustration. I only recently learned that the heart of the blogging software (WordPress) had been commandeered by some pirate invader hack which disabled the Admin and proceeded to use the host server as a spam generator.

Efforts by smart, tech-savvy friends to recover all the content I’d created over the previous five-and-a-half years have all failed. This is profoundly disappointing. It’s a little like losing all the family pictures and videos in a fire.

A day is coming in which this will be a place characterized by incisive cultural commentary, startling wit, and gratifying prose.  This is not that day.

In the years that followed I periodically ranted, preached, taught, mused, snarked, joked and observed. But I believe the best writing I did sprang from family life and milestones:

I remember every one of these posts. Alas the Internet does not. Well, that’s not entirely true. The “Wayback Machine” and the wonderful Internet Archive has a few pages cached from various dates–here.

I’m still clinging to a sliver of hope that I’ll be able to recover those years of writing. Nevertheless, the last few years of my life have very much been about starting over from scratch. So perhaps it’s appropriate that there is no history behind this blog post.

As before, if you’re so gracious as to pop by here from time to time, I’ll do my best to make you glad you did. 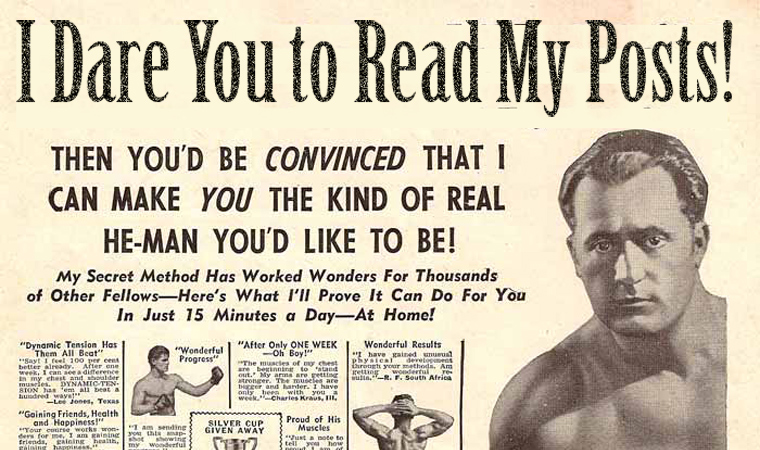