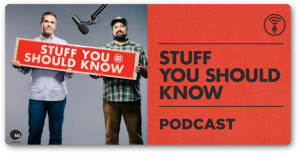 “Stuff You Should Know,” hosted by Josh Clark and Chuck Bryant, is consistently one of the most widely downloaded podcasts on iTunes. I dialed up an episode while working out at the gym recently—an October episode titled “Vocal Fry and Other Speech Trends.”

I didn’t make it to the three-minute mark of the presentation before my eyes were rolling so hard they almost shot out of my head. I’ll explain why in a moment.

If you’re not familiar with the “vocal fry” trend, here’s a two minute introduction to the now ubiquitous affectation among younger women:

The “Other Speech Trends” mentioned in the title of the SYSK episode included something called “uptalking.” What is “uptalking” you ask? Read the previous sentence out loud and take note of how your inflection rises at the end of the sentence. When you’re an uptalker? You pretty much end every phrase? With a question-y inflection? Even when it’s not a question?

I’m hearing it everywhere these days. In fact, I work around enough younger people that I frequently hear it coming out of my own mouth. It’s infectious.

I’ve noticed several movies and sitcoms recently where they use excessive uptalking in a character as a device to quickly show the audience that this person is un-smart, shallow and a little ridiculous. It’s an effective device.

To be fair, uptalking can actually serve a function in communication. When a speaker ends with a questioning inflection a sentence that is structurally a statement, he or she is essentially saying, “Do you understand what I’m saying?” Or, “Do you follow?” But a little uptalking goes a long way.

Nevertheless, the video above is just one example of many pieces currently in print and in media where women attempt to warn other women that they are undermining their credibility and damaging their career/business prospects through these affections. For example, here’s this video from a woman coaching public speakers to avoid up talking,

And here’s militant feminist Naomi Wolf in The Guardian with a piece titled, “Young Women, Give Up the Vocal Fry and Reclaim Your Strong Female Voice.” I could provide a hundred more examples, but you get the point.

So, imagine my surprise when I encountered the following thesis from the co-hosts of “Stuff You Should Know.” It’s right there in the synopsis of the podcast episode:

You’ve heard lots of complaints about vocal fry, mostly from older white men. But it’s not exclusive to the Kardashians. Learn all about vocal fry, upspeak and other quirky speech trends in today’s episode.

That’s right. In the face of an Internet full of evidence to the contrary, Josh and Chuck are absolutely convinced it’s us “older white men” doing the bulk of the grumbling about vocal fry. This, of course, is demonstrably false. Wildly inaccurate. Embarrassingly wrong.

The criticism is coming almost exclusively from professional women valiantly trying to help younger women not sound like imbeciles.

Six-and-a-half minutes into the podcast, Josh and Chuck decided to double down and build something awesome on the imaginary foundation of their false premise.

They hypothesize  that the  reason we “older white men” hate hearing 20-somethings croak-talking and using “like” every  fourth word as a crutch is . . . wait for it . . .  we’re “afraid.” And super sexist, apparently. Here’s a snippet:

“So . . . I think those people [older white males]  are just . . . they’re feeling like they’re not relevant any longer. And no one wants to be a dinosaur.”

“Which is B.S. because a lot of young men and women speak that way.”

“It’s just called the way the younger generation speaks. And it’s not like you old man!”

“I don’t think anybody is trying make to the older, middle-aged, white man feel irrelevant . . . But I think you have nailed it on the head, though, like, like, I think it’s a form of contempt for being replaced by something new.

This, dear reader, is what had me sputtering and muttering in disbelief on the stair climber.

These two darlings of the NPR crowd asserted—earnestly—that guys like me are complaining about uptalking teens and vocal frying twenty-somethings (we’re not) solely because we resent the fact that they are (supposedly) taking over the world. (And by this I think they mean a handful of young women are selling a lot of records and cashing in on reality TV.)

That’s right. According to the SYSK guys, there’s a vast, pasty, geezer-y conspiracy to defend our shrinking patriarchal prerogatives by bewailing vocal fry.

Again, their entire tiresome, PC thesis is built upon a false premise—namely that it’s men doing most of the complaining about these faddish speech patterns. (They cite NPR’s Bob Garfield as their sole example of this. In fact, I suspect Bob Garfield is the sole data point for this assertion.)  But, as I’ve already pointed out, virtually all of the coaching and advising and warning against these vocal tics is coming from women.

For the noblest of reasons, professional women in the real world of jobs and paychecks (as opposed to the surreal world of reality television and the entertainment industry) are trying to help younger girls do better in this world.

Hand to God, I don’t care about vocal fry. Or uptalking. And Bob Garfield notwithstanding, I’ve never heard or read any fellow pale geezer who does.

Unless your last name is Holland and you call me “Daddy,” I sincerely don’t care how you talk or present yourself. Undermine your career prospects all you want, boys and girls. Get a neck tattoo while you’re at it. Me and my fellow dinosaurs are indifferent. Or tired. Maybe both. Where was I? Oh yeah . . .

Which brings me to the second flimsy  premise in Josh and Chuck’s searing indictment of imaginary old guy vocal fry bashers. It is their assertion that young, twenty-something females are such an emergent, runaway juggernaut of economic power that we patriarchs have been reduced to bleating in fear and rage about the way Katy Perry talks.

None of that is grounded in reality.

A Trifecta of Wrongness

The Stuff You Should Know guys misread this phenomenon in a third key way. They seem to believe this surge of interest in the silly way young folks are talking is the first instance of its kind in the history of Western Civilization.

The fact is, telling young people—male and female—that it will enhance their success prospects if they avoid talking like nincompoops is not new at all. Younger people have always tended to take on speech affectations that undermine their credibility. And individuals from the grown up world of paychecks and promotions have always pointed out that they would be well served to cut it the heck out.

Was it anti-male sexism thirty years ago when mothers suggested their sons should probably stop talking like these guys . . . 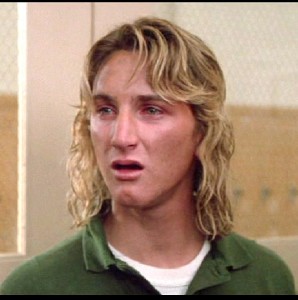 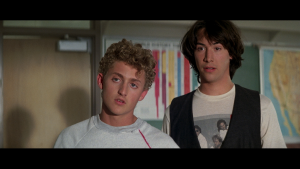 . . . if they hoped to ever get a decent paying job? Or were they actually saying this merely because they were afraid of our awesome emerging power in the popular culture and didn’t like “feeling like a dinosaur?”

The 1930s, ’40s, ’50s, ’60s and ’70s all featured their linguistic equivalents of uptalking and vocal fry-ing. There’s a great scene in the 1947 Cary Grant movie, The Bachelor and Bobby Soxer, in which Grant encounters and mimics some of the ridiculous ways young people were talking in the Post-war period:

No, Chuck and Josh, your psychoanalysis of us “older white males” of America needs some work. And all of the above is some stuff you should know.