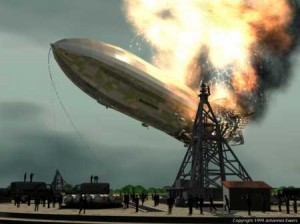 In two ridiculously long previous posts, (Part 1 and Part 2) I’ve written about the way tragedies such as the tsunami in Japan tend to generate a corresponding tidal wave of arm-chair theologizing about God’s sovereignty.

I won’t re-trample the ground I’ve already covered other than to quote something I said in the previous post about most people’s conception of God’s sovereignty:

This Hollywood view of God as having unlimited freedom of action on the earth and in History–the belief that everything is happening just as God has ordained right down to the granular level of the child molestations that are almost certainly taking place in various places around the planet as I write these words—is shared by most American Christians who simply haven’t thought too deeply about these questions.

To hear many Christians talk about God’s sovereignty, you get the impression that Romans 8:28 contains a period after the word things, i.e., “And we know that God causes all things.”

Of course, there is no period there. The verse says, “And we know that God causes all things to work together for good to those who love God, to those who are called according to His purpose.” That’s something very different.

One of the unique characteristics of us humans is our capacity for cognitive dissonance–that is, the ability to hold two completely incompatible and conflicting beliefs simultaneously. Thus it shouldn’t surprise us to observe that most evangelical Christians will answer a robust “Yes” to both of the following questions:

Does God give humans free will . . . the ability to choose or reject God’s expressed will?

Does God’s “sovereignty” mean that “everything happens for a reason” and that God either causes or permits every event at every moment in every place on earth as part of His plan?

A little bit of logical thought will reveal that both propositions cannot possibly be true.

I’m convinced a flawed, simplistic view of God’s sovereignty is robbing believers of much of the motivation to pray and the ability to pray effectively. Even worse, it’s needlessly causing entire generations of people to dismiss Christianity’s message of a loving God who sent His Son to die for a sinful world. (See Martin Bashir’s question for Rob Bell in Part 1.)

I was a debater back in my college days and therefore know how to argue two different sides of a proposition. If pressed, I could easily cite scripture to support either one of the above questions.

On one hand, there are dozens Bible verses and stories that make explicit Man’s freedom to reject God’s will and go his own way. “Choose this day who you will serve . . .” Joshua challenged the Israelites. Jesus Himself said:

“Jerusalem, Jerusalem, who kills the prophets and stones those who are sent to her! How often I wanted to gather your children together, the way a hen gathers her chicks under her wings, and you were unwilling. (Matthew 23:37)

On the other hand, many scriptures speak of God’s infinite power to produce His desired outcomes. He “declares the end before the beginning.” (Isaiah 46:10) Indeed, Paul devotes the entire ninth chapter of Romans–in the course of trying to help the church at Rome know how to think about the Jewish people–to declaring that God gets what He wants.

So which is it?

I’m satisfied that a proper, biblical understanding of how things currently work in the universe can reconcile this seemingly irreconcilable dilemma. (And do so without requiring either cognitive dissonance or just throwing one’s hands up in the air and saying “It’s a paradox!”)

As I hinted in one of the previous posts, making sense of all this requires an understanding of three things:

1. Free Will (and God’s corresponding stewardship/dominion mandate to Man over Creation)

2. The Fall (of both Man and Creation)

It would take a book to completely unpack these three elements (and I may just write that book someday) but in short, the Genesis account shows us God legally (covenantally) delegating authority, rights and responsibilities to Man over the earth:

God blessed them; and God said to them, “Be fruitful and multiply, and fill the earth, and subdue it; and rule over the fish of the sea and over the birds of the sky and over every living thing that moves on the earth.” (Genesis 1:28)

This is a delegation of stewardship authority accompanied by a dominion mandate.

This takes us to the second reality–The Fall–which subjected both Mankind and all of Nature to some pretty ugly effects. Since that day, lots of bad things have been happening on this planet. Many of those bad things are the product of evil choices made by fallen people. Other bad things are the result of a curse-wracked creation groaning for a form of redemption and restoration itself.

So WHY, after things got so horribly fouled up . . . God being God and all . . . did He not immediately jump in and hit the “Undo” button? Or the “Fix It” button? Or simply blow the whole thing up and start again? The answer lies in the third item on that list above–God’s Self-Limiting Righteousness.

God is holy, righteous and, above all, good. Given His character, He could not possibly create a universe built upon righteous law and principle and then toss all that aside when those laws got inconvenient. That’s something I’d do.

God, on the other hand, initiated a multi-thousand year plan to bring about the restoration and renewal of both Man and Nature (chronicled as the Bible’s “scarlet thread of redemption”.)

It was a plan that scrupulously followed the rules and laws established before the very beginning. It was a brilliant plan that didn’t violate God’s delegation of authority and dominion to Man.

There’s an old Philisophy 101 brain teaser that asks, “Can God make a rock so big, He can’t move it?”

The truth is, nothing can limit God except his own character. God is self-limited by His goodness and just-ness. That is why there is no period after the word “things” in Romans 8:28. God does not “cause all things.” But He is so smart, so powerful, so unimaginably creative, that in spite of all the bad things put in motion by our choices, an outlaw enemy, and a fallen creation, God still “causes all things to work together” for our good. He’s that smart.

I had hoped to finish this saga with this post. But I have a little more to share. I want to put all of this together and apply it to how we, God’s people, should approach prayer and deal with heartache.

But that will have to wait, for I have promises to keep, and miles to go before I sleep.