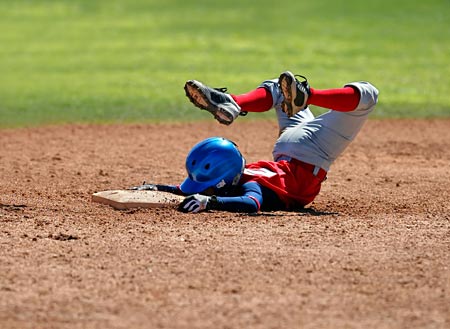 Let’s wind this up, shall we?

In the previous three posts (Part 1, Part 2, and Part 3) I have tried to lay the groundwork for a fresh way to think about what is widely called God’s “sovereignty.” I’m going to try to build on that foundation now, even though I’m strongly sympathetic to the comment made by regular reader “Ted” who, after the first post, wrote:

I’ve personally jettisoned the word “sovereign” from my theological vocabulary. It’s been misused so often and for so long that there is always the possibility of being misunderstood. It’s not even in the Bible, unless you happen to be reading a modern translation such as NIV or NLT that have added the word some 300 times.

The typical believer’s conception of God’s sovereignty lies somewhere between the powers displayed by Jim Carrey’s character in Bruce Almighty and Samantha Stevens on the old sitcom Bewitched.

But as I pointed out in the previous post, this view doesn’t account for Mankind’s God-granted freedom to choose, nor the self-limiting nature of God’s character in light of His legal grant of stewardship and dominion to Man. This creates that apparent paradox I mentioned before.

What’s more, those who believe that God is always getting His way and that every outcome has been predetermined by God, find themselves without much incentive to pray. (I’ll address this issue directly before I close.)

I believe the biblical path out of that paradox is to make a distinction between what I call God’s “Macro Sovereignty” and the concept of “Micro Sovereignty.” I’ll try to explain in fewer than 1,000 words.

The typical evangelical Christian on the street assumes God is behind every event in her day . . . That He is either the direct cause of the event or that He “allows” the event because it fits into His plan for her life. This is what I call “micro-sovereignty.”

This theology usually emerges after a tragedy. Well-intentioned believers offer it in the form of  comfort to themselves or others after something heartbreaking has happened:

“His ways are higher than our ways.”

“You just have to believe this happened for a reason.”

And my personal favorite:

“God wanted you to be able to minister to other people who have had this same horrific thing happen to them.”

Sound familiar? I trotted some version of these out myself on more than one occasion back in my younger days. Usually the recipient of this brand of comfort is too polite or grief-shocked to challenge that logic with something like:

“Hold on. So, God arranged for my kid to get hit by a drunk driver because He’s allowing other people’s kids to get hit by drunk drivers, too? But wait, He wouldn’t need me to minister to these grief-stricken parents if He didn’t “allow” those kids to be killed in the first place. Right? So… seriously… what the heck.”

There’s another logic problem confronted by holders of the micro-sovereignty paradigm:

If God is getting His preferred outcome at the micro level every second of every day, what is the point of praying? Why did Jesus, after the disciples requested a clinic in effective praying, instruct them to pray: “Father . . . May your will be done on earth as it is in heaven”?

Some micro-sovereignty-ists have attempted to come up with an answer to that question. As I heard a preacher on the radio say a few months ago: “Prayer doesn’t change God. It changes us.”

That sounds quite lofty and spiritual and profound when you first hear it. Then you think about the implications and it falls apart.

This view is basically saying that prayer is the spiritual equivalent of running on a treadmill: You don’t actually get anywhere but it’s good for you.

What if God’s sovereignty is the “macro” variety? What if God’s micro-sovereignty is limited . . .  by his grant of free will to Man; His delegation of legal stewardship rights and authority to Man; and most of all by his own righteousness and character.

As I suggested in the previous post, God is self-limited by His own character–His just-ness preventing Him from violating the spiritual legal structure upon which He framed the universe and placed Man within it.

Nevertheless, the Bible is clear that God is moving History (capital “H”) toward an end of His choosing. He has both foreknown and foreordained the way everything winds up. His intellect and power are so unimaginably vast that he can process the free choices of 7 billion human inhabitants, the effects of a fallen creation, and the activities of a rogue, outlaw enemy and still accomplish His plans and purposes in the earth and faithfully fulfill the promise of Romans 8:28 to every believer.

What a mighty, extraordinary God who can do that!

Adopting the paradigm I outlined above causes much of the paradoxical confusion and contradiction described in the previous three posts to evaporate. And it causes many previously mysterious passages of the Bible to suddenly make sense.

Why pray? Because God needs us to pray. Our asking God to move isn’t an empty or meaningless exercise. It opens legal/judicial windows through which He can move provision, power, and outcomes. It is the revelation behind Charles Wesley’s admission:

The longer I go in this faith, the more convinced I am that God does nothing except in response to believing prayer.

It is the revelation behind Jesus’ words in the Model Prayer: “Father…your kingdom come, your will be done on earth as it is in heaven.”

The Cornerstone of our Faith

One of the most frequently repeated phrases in all of the Bible is this song of praise:

Oh, give thanks to the LORD, for He is good! For His mercy endures forever.

It first appears in I Chronicles 16:34. It reappears in various forms in I Chron. 16:41; II Chron. 5:13; Psalm 100:5; Psalm 107:1; Psalm 118:1; Psalm 118:29; and Psalm 136:1; Psalm 145:9; Jer. 33:11; and Nahum 1:7.
There is scarcely another phrase in all the Bible as frequently repeated as “The Lord is good.” Perhaps we should take note of that.
Faith and trust in the utter goodness of God is the cornerstone of a stable, mature faith. That means not wrongly laying the blame for tragedy, heartache and atrocity at His feet. On the contrary, the Father has paid a horrific price to patiently unfold a plan to undo Man’s mistake that unleashed all this heartache.
Which brings us back to the conundrum Martin Bashir asked Rob Bell–the one I referenced in the second installment of this series. Bashir challenged:

If you’ve hung with me through all four of these marathon blog posts, I suspect you know how I would respond to that challenge. I would say,

“Mr. Bashir, your use of the term “all powerful” indicates you have a common but cartoonish conception of God’s latitude to act in a fallen, broken world. But I can assure you that He cares desperately about the Japanese people. There’s no message in the earthquake and no lesson in the tsunami.”

God delivered His message on a barren hillside outside of Jerusalem roughly 2,000 years ago. Those with ears to hear, hear it say,

“Oh give thank to the Lord, for He is good. And His mercies endure forever.”