There are so many terrible and tragic things about the current U.S. administration that it’s easy to get lost in the blizzard of incompetence, corruption and wrongheadedness.

Nevertheless, I think that when we look back on Mr. Obama’s eight years two things will stand out as being the most destructive to the long term health and well-being of our society.

1. The Weaponization of the Federal Bureaucracy

2. The Abdication of the Fourth Estate (i.e., The Death of Journalism)

I’ll elaborate briefly on the first of these two toxic legacies here, and will address the second in a subsequent post.

1. The IRS scandal has tended to get lost in the myriad of outrages and derelictions of the last six years. But it is by far the most troubling and is the poster child for a broader disease that has metastasized and spread into many branches of the government.  And it received zero attention from the major news outlets–except, of course, for Fox News. (More on that in Part 2 of this post.) 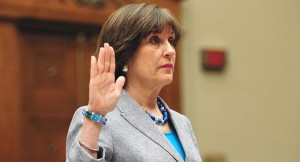 The U.S. tax system is ostensibly a “voluntary” one–meaning that we’re all basically on the honor system to report all our income and not lie about the deductions to which we’re entitled. To make this work in the face of fallen human nature, we have invested the IRS with the awful power to turn the lives of cheaters inside out. Indeed, few government agencies have the power to destroy a person’s life so completely and with such impunity as does the Internal Revenue Service.

This is why the unfolding revelations of systematic targeting of conservative organizations  and individuals for audits and denial of tax-exempt status should send a chill down the spine of every American who cares about freedom and the future of this republic. The fishy missing emails, suspiciously destroyed hard drives, and the astonishing lack of backups all reek of a cover up.

Early in his presidency, Mr. Obama joked in a speech about having his enemies audited. The under-reported, under-investigated story of entrenched career employees with liberal Democratic sympathies using the terrible power of the IRS to thwart conservative organizations and harass conservatives is a huge one.

These events should have every investigative journalist in the county crawling all over the Executive Branch asking questions and citing “unnamed sources.” And they would if any of this happened under a Republican Administration.

But it’s not just the IRS. From the very beginning of this administration we have seen a ruthlessly effective marshaling of the federal bureaucracy to attack, obstruct and shackle small-to-medium sized businesses and strengthen Big Labor.

This has been accomplished through regulation and draconian enforcement of murky laws across several Executive Branch agencies–including OSHA, the NLRB, the EPA, the Affordable Care Act (Obamacare), various divisions of Eric Holder’s Justice Department,  and the rest of the alphabet soup that comprises the federal bureaucratic labyrinth.

Back in the waning days of the Bush 43 administration, a chorus of Democrats and liberal Bush critics accused Attorney General Alberto Gonzales of “politicizing the Justice Department.” These ultimately proved to be a bogus claims.

In retrospect, perhaps the liberal critics of Bush were simply engaging in what the psychologists call projection.

When the voters gave them the opportunity in 2008, they weaponized the federal bureaucracy. 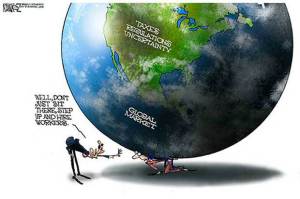