Sure, it seems like the wheels have come off and the world is rolling down the freeway out of control with showers of sparks flying from all four rims.

Unprecedented? Not at all.

Americans under the age of 50 have no meaningful memory of what things felt like in the 1970s. And many of us who lived through it have done our best to forget. 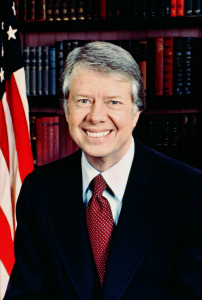 >The year begins with the U.S. Supreme Court handing down it’s infamous Roe v. Wade decision–ripping from the individual state legislatures the ability to regulate the delicate, divisive issue of abortion. It will set off decades of polarizing debate–what will later come to be known as “the war within the states.”

>Cold War tensions with the Soviet Union are as high as at any time since the Cuban Missile Crisis. The U.S. is locked in a global chess match with the Soviets. And losing.

It isn’t just that the Soviets have thousands of nuclear missiles–on land sea and air–most pre-targeted on every major U.S. city. On every continent, dominoes are falling to communism as Soviet client states and marxist insurgencies emerged in strategic places–including in our own front yard of Central America.

Many are predicting the ultimate triumph of global communism and believe that the West has entered its twilight period.

>The “ecology” movement–birthed out of the chaotic cultural upheavals of the 60s  is pointing out scarcity and environmental devastation everywhere. Just a few years earlier, the Cuyahoga River in Ohio had become so polluted that it actually caught fire.

We seem to be running out of everything–especially energy. Especially one particular form of energy: 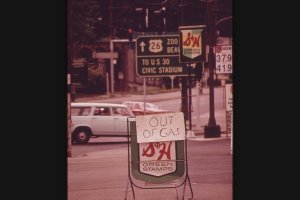 >The economy is in freefall. OPEC cuts oil supplies and the price of oil doubles overnight. Inflation and interest rates are rising at a dizzying rate and people are getting panicky.

>The Watergate scandal has the  government paralyzed even though the nation is facing an overwhelming number of crises–domestic and international. A Constitutional crisis ensues. The President of the United States will ultimately be forced to resign the following February.

>The Irish Republican Army launches a long, deadly campaign of terrorist bombings in the UK.

>In October, an open shooting war breaks out when Israel’s Arab neighbors launch a surprise attack on the Jewish holy day of Yom Kippur. The Soviets are backing the Arabs. The U.S. is supporting Israel. And the two superpowers come perilously close to war themselves.

>The previous year the Olympics in Munich had been desecrated by the murder of 11 Israeli athletes by a PLO terrorist squad.

> Seemingly every other week either the French and the Soviets are testing a nuclear device. Each test reminds everyone that a nuclear holocaust is hair-trigger pull away at all times.

>A strange new flu epidemic sweeps the world. They name it Hong Kong Flu. In a few years Swine Flu will also emerge.

For the average American in 1973, it seems the madness and cultural decay that began in the late 60s is only accelerating. The nation has lost it’s way. Our enemies are too strong. Our leaders aren’t up to the task. Events are overtaking us on every side.

Understandably, many Americans look around in fear and dismay. It is 1973 and it looks like times will never be good again.

Yes, we’ve seen this before.