(Escape Pod: Here’s a YouTube video of Kittens Being Cute.)

One evening on our recent trip to Egypt, our wonderful hostess related a story that fascinated me.

Earlier in the day she had gone to her favorite Cairo hair salon. Her hairdresser, a young Muslim woman, was chatting about the latest celebrity gossip and the news of the day. (Some things are universal.) The big headline of the day was a surprise attack by a terrorist group affiliated with Hamas and the Muslim Brotherhood on Egyptian soldiers in the Sinai desert. Thirty-one Egyptian soldiers had been killed.

Why would Hamas massacre Egyptian soldiers? Well, it was widely known—if not officially admitted—that Egypt had been sharing intelligence with Israel in its struggle with Hamas during the wave of rocket attacks out of Gaza. Hamas is allied with the Muslim Brotherhood. And the secular, military-backed government of Egypt has been actively working to squash the Brotherhood like a bug ever since they took the reins of power away from them back in July of 2013. (A big majority non-radical Egyptians view this as a good thing, by the way.)

In other words, the Hamas-Muslim Brotherhood terrorist partnership has lots of reasons to despise the current government of Egypt. And the feeling is oh, so mutual.

The hairdresser brought up the massacre of the Egyptian soldiers, mentioning how sad and awful it was. Then she added, “I read on Facebook that the Israelis helped Hamas do this terrible thing.”

Of course, in the history of ludicrous conspiracy theories, this one is worthy of a leg-lamp “major award” for nonsensicality. This assertion was just bat-guano crazy. So my friend called her on it.

The hairdresser looked stunned for a moment, having expected nothing but a nod of agreement about those sneaky Israelis. Then she  shrugged and said, “I guess I see what you mean.”

As it turned out, this utterly ridiculous, completely irrational conspiracy theory was, at that moment, being embraced and repeated all over Egypt. But it wasn’t the only one. 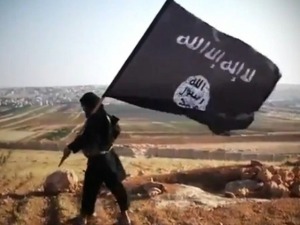 Not Made in Israel

We also heard another popular theory circulating in the Islamic world—namely that ISIS—the Islamist terrorist group raping, massacring and beheading its way across Iraq and Syria—was actually a creation of the Israeli Mossad (with assistance from the United States, of course).

It’s hard to know which of these two widely held beliefs is more bizarrely at odds with the facts, reason and common sense. Yet both are circulated widely as articles of faith in Egypt and throughout the Islamic world.

The easiest lie to believe is one that validates your existing biases.

So, if it helps to blame the failures of your country or culture or tribe on some insidious and powerful “other,” you’ll seize upon any and every assertion that seems to validate that narrative—no matter how absurd the claim or tenuous the evidence.

None of us are immune to this tendency.  Not me. Not you. The lie you fall for is the one you want or need to be true. Con men throughout history have exploited this fact with astonishingly consistent success.

This phenomenon is not new. There are, however, a couple of fancy new names to identify it. The first of these is “confirmation bias”—our tendency to take note of evidence that supports our beliefs and be blind to evidence that challenges them. Any contradictory evidence that can’t easily be ignored is dismissed, devalued or twisted.

The second is like unto it. I’m referring to postmodern culture’s slavery to preferred “narratives.” We’re all susceptible to this but it seems people under 50 are particularly prone—at least that’s my admittedly subjective and anecdotal observation. (I, of course, am immune to confirmation bias.)

Once a group adopts a preferred narrative—whether it be “the Jews control the media”; “men are pigs”; “Christians are stupid”‘ or “conservatives are racist”—no amount of contradictory evidence can pry them away from it. Indeed, due to confirmation bias, most won’t even see any contradictory evidence. But they’ll find validation of their views all around them.

This brings us to the Current Events portion of today’s broadcast . . .

The moment news reports emerged that an 18-year-old unarmed black man named Michael Brown had been shot and killed by a white police officer in Ferguson, Missouri, the dormant Trayvon Martin outrage machine sparked, sputtered and clattered to life.

The above details were all many people needed to instantly form an opinion about the event. Like a Rorschach ink blot, most saw in the news report whatever their preferred narratives dictated.

The bigger, neglected question is, “Why was this particular shooting national news, when police-related shootings occur on a near-daily basis?” And sadly, shooting deaths of young black men are a near epidemic in some cities.

For example, 107 days elapsed between the night Michael Brown was killed and the day the grand jury announced that officer Darren Wilson would not be charged in the shooting. In that span of time, 244 teenagers were shot in Chicago alone.

Ten of those shootings of teens were by Chicago police officers. None of these made national headlines. Nor did any of the scores of other inner city shooting deaths that have occurred in recent months. Why? Are these deaths less tragic? Are these boys’ mothers less grief-stricken?

Of course, not  Those deaths aren’t newsworthy because they don’t fit the preferred narrative of the dominant culture. Namely, what Jonathan Tobin of Commentary magazine recently called “A False Narrative of Oppression.” Confirmation bias renders these tragic deaths invisible.

Let me hasten to add that it wasn’t just card carrying members of the Civil Rights Grievance Industrial Complex who uncritically seized upon the narrative of a helpless, compliant teenager gunned down in cold blood by a trigger happy cop.

Lots of white conservative and libertarian knees jerked at the news as well. For some time now, I’ve been watching conservatives and libertarians growing increasingly critical and suspicious of police power and nervous about the lack of police accountability. I certainly understand those concerns.

The militarization of the local police forces was a huge topic of discussion and alarm across the conservato-libertarian blogosphere in the months preceding the Michael Brown incident. As was police resistance to being videoed or photographed while performing duties.

Thus, when the early and factually flawed accounts of the shooting emerged, many of these pundits were quick to point to it and say, “See. This is what we’re saying.”

By the time the world learned that those early “eyewitness” reports of Michael Brown being gunned down with his hands in the air were inflammatory fabrications, the truth no longer mattered. The narrative was set in stone. And the easiest lie to believe is the one that validates your most cherished biases.*