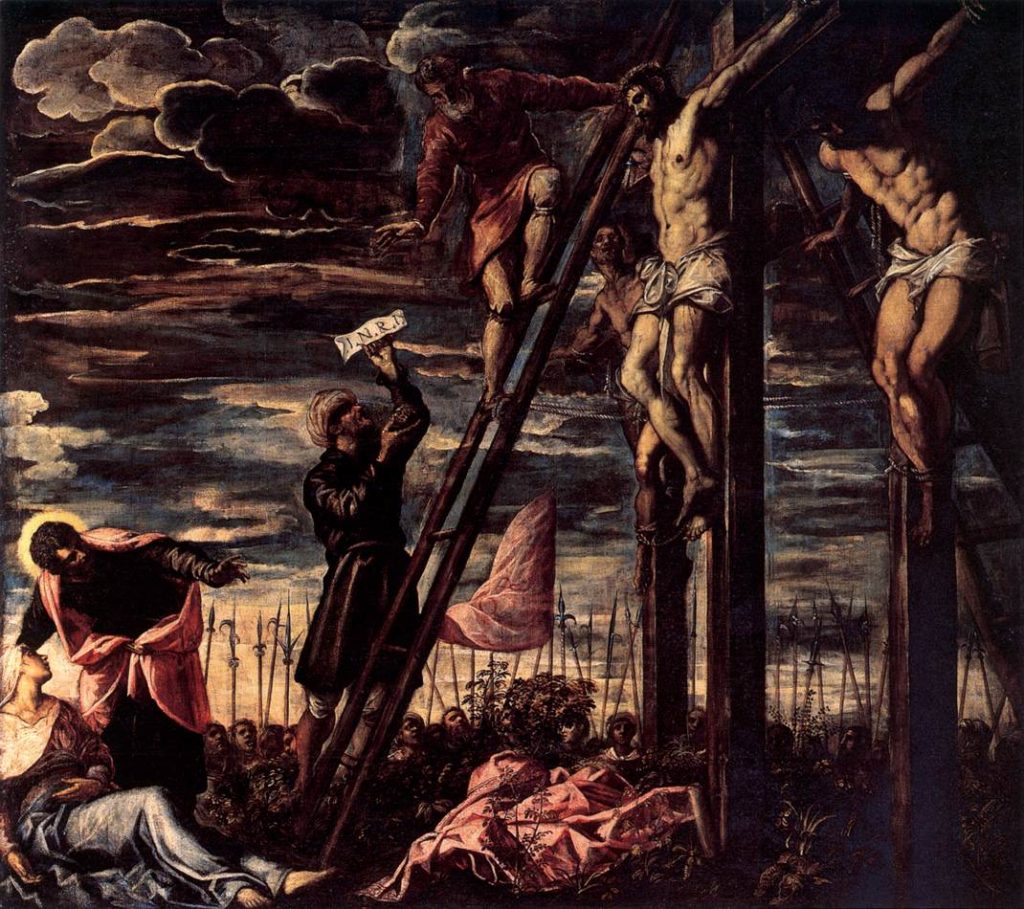 The Savior’s final words from the cross were a prayer of faith:

Only moments earlier, the witnesses gathered around the dying Prince heard Him shout something else. A single word. The Word-Made-Flesh yells a Greek accounting term . . .

Our English Bible translations of John’s gospel render that term in a way that tends to drain it of the legal and financial connotations it carried for hearers of Jesus’ day. The best we can come up with is the bland and colorless, “It is finished.”

Charles Spurgeon called this declaration, “Christ’s dying word to the Church. Yet tetelestai does not mean merely that a thing has concluded. It does not simply indicate that the curtain has come down and the show is over. “The End.”

No, to declare a thing tetelestai is to decree all has been accomplished. Everything formerly lacking has now been supplied. The wound has been healed. The obligation met. The debt satisfied to the uttermost.

But Jesus’ tetelestai declaration carries yet more dimensions of meaning.

It also means that all the types, shadows, and symbols of the Old Testament have now been fully realized (in Him). All to which the Law, the Prophets, and the prophetic narrative pointed has been fulfilled.

Three years prior to this royal proclamation John the Baptist had asked, “Are you the One or should we look for another. Jesus’ answer at that time was suggestive but indirect. Now, in his final minutes, He speaks plainly.

“You can stop looking! The promised one has come and accomplished the prophesied task. I, the Second Adam, have rectified, remedied and restored what the First Adam forfeited. Dominion of planet earth has been restored to its rightful steward.”

Furthermore, in that one-word cry of consummation, Jesus declared an end to Man’s Babel-ish, religious striving to build a ladder back to God. God Himself has come down and done what no fallen man could do. That is, satisfy Mankind’s staggering legal-spiritual obligation.

”In an 1861 sermon titled “It is Finished!,” Spurgeon said of that cry of tetelestai:

“The Savior meant that the satisfaction which He rendered to the justice of God was finished. The debt was now, to the last farthing, all discharged. The atonement and propitiation were made once for all, and forever, by the one offering made in Jesus’ body on the tree.

There was the cup; hell was in it; the Savior drank it—not a sip, and then a pause; not a draught, and then a ceasing; but He drained it till there is not a dreg left for any of His people!

The great ten-thronged whip of the law was worn out upon His back; there is no lash left with which to smite one for whom Jesus died! The great bombardment of God’s justice has exhausted all its ammunition; there is nothing left to be hurled against a child of God! Sheathed is your sword, O justice! Silenced is your thunder, O law!

There remains nothing now of all the griefs, and pains, and agonies which redeemed sinners ought to have suffered for their sins, for Christ has endured all for His own beloved, and “It is finished.”

Yes, “Finished!” we hear Him cry.  Then He slowly bows that thorn-pierced head. Of course, he bows. His monumental work of redemption is complete, and there is nothing left to do but to say a benediction.