You’ll find the first installment of this series here. The premise is that we’re living at a time in which it’s easy to think we’re experiencing unprecedented levels of global dysfunction and entropy.

Yes, a lot of ugly and troubling things are happening. But we’re also victims of the 24-hour news cycle and instant video from every corner of the planet.

A generation ago we might never even read about a handful of ISIS-besieged Yazidi citizens being rescued by helicopter from a remote Iraqi mountaintop. Today we watch video of it shot by a camera-phone in the chopper a few hours after it happened and share it with all our friends on Facebook.

If something unspeakably horrific happens somewhere, we know about it within minutes. Often we watch it unfold in real time. We lose sight of the fact that the unspeakable has been happening with regularity ever since the Fall of Man — beginning with one guy named Cain taking a rock and bashing in the skull of his brother.

It’s just that in most generations, we had the luxury of not hearing about it. Or seeing graphic pictures of the body.

Furthermore, most of us know precious little history. So, with this series I hope to provide a few morsels of historical perspective. So welcome, time traveler, to this installment of “We’ve Seen This Before” . . .

For four long years most of the world’s great powers have been engaged in a war of unprecedented scope and scale. The industrial revolution has made a new kind of warfare possible.

Mechanized. Chemical. Terrifying. The miracle of mass production has come to the business of killing humans.

It’s called The Great War . . . or The War to End All Wars . . . because the horror has been so appalling that no rational person can imagine another war ever being fought. Here in 1918, the war shows signs of winding down but it has already produced the deaths 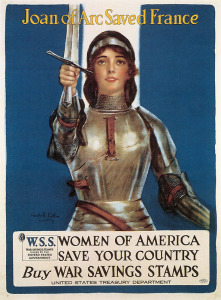 of 9 million combatants and another 7 million civilians.

Over the past few years, you’ve watched President Woodrow Wilson–using the war as justification–roll back civil liberties and turn the U.S. into a quasi-fascist state.

The Espionage Act of 1917 was followed by The Sedition Act of 1918. This act forbade Americans from using, “disloyal, profane, scurrilous, or abusive language” about the United States government, flag, or armed forces while we were at war. The act also let the Postmaster General deny mail delivery to anyone considered a “dissenter” of any government policy during wartime.

You watched Wilson create the “War Industries Board,” with the aim of placing all American industry in the service of the state. In a few years it will serve as a model for the policies Mussolini and Hitler.

A gate of hell has opened up in Russia and disgorged something new, dark and unimaginably oppressive. The newspapers tell you that the Czarist monarchy there has been overthrown and replaced by something called a Marxist revolution. The world’s first atheistic totalitarian regime is now ruling the world’s largest piece of geography with an iron-fist.  And the blood is already beginning to flow.

Before the 20th Century comes to a close, Communism will kill nearly 100 million.

A mysterious new viral disease is sweeping the world and killing millions–with no abatement in sight. It will come to be called the Spanish Flu. 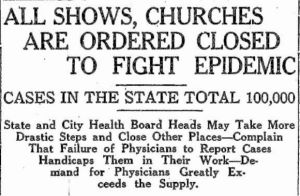 Previous influenza outbreaks had tended to kill only the very young and the very old. But this plague specializes in killing healthy young adults. Each day your morning newspaper carries the reports of how many more thousands died over night–around the world and across America.

Your Halloween news for the morning of October 31, 1918 informs you that Spanish flu has killed 21,000 of your fellow Americans in that week alone.

This plague is everywhere. From the remotest Pacific Island to inside the Arctic Circle. You know many people who have died from it. Everyone does.

In fact, before this disease burns itself out, one third of the earth’s population will have contracted the disease, and somewhere between 50 million and 100 million people worldwide will have perished.

In many places, there are so many dead, and so many others sick and weakened, that the dead are being buried in mass graves dug by steam shovel.

It’s terrifying. And many preachers have taken to their pulpits and the street corners declaring the plague a punishment from God. Many others are confident that this pandemic, along with the global war and many other signs, indicate that the end of all things is at hand.

A world increasingly connected by telegraph lines means your morning newspaper frequently contains news of recent disasters–both natural and manmade. Every day brings the news of a new earthquake, tsunami, flood or famine. 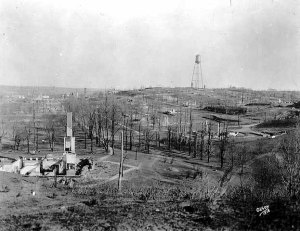 Then on October 12, you witness with your own eyes what will be remembered as the greatest disaster in Minnestoa history as a huge portion of of the northeast corner of the state burns to a crisp. For three days it seems like the apocalypse has come as walls of uncontrollable fire burn through the forests and sweep east toward Lake Superior.

It is initially rumored that the fire was started by foreign agents.

Before it is finally extinguished, what comes to be known as the Cloquet Fire chars more than a quarter million acres,  burns three communities to the ground, and kills nearly 500 people. Scores of unrecognizable victims are buried in mass graves.

In 1918, you and countless other people around the world are convinced that events are spiraling out of control, the pinnacle of Western civilization has been reached, and that life will never be as good and calm again.

But you are wrong.