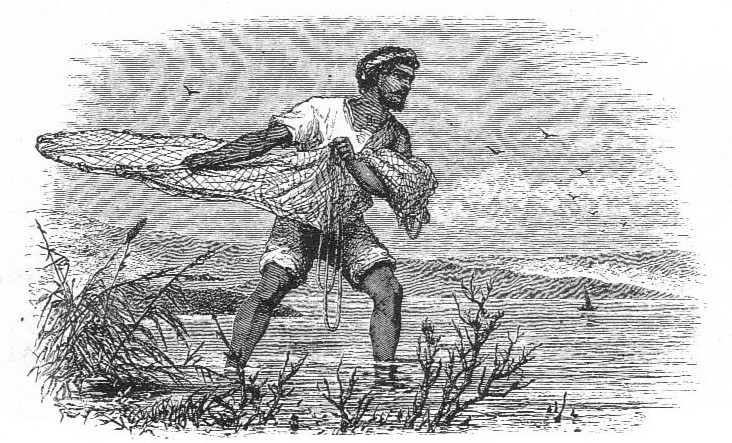 Peter and friends were relieved but a little disoriented.

The sense of relief came from the knowledge that their leader—whom they’d seen arrested, beaten and crucified—was alive and had appeared to them several times. The problem was the disciples weren’t quite sure what they were supposed to do with themselves now.

Jesus had said something about “waiting,” but waiting had never been Peter’s strong suit. So, after another full day of standing around shooing flies and staring at their own sandaled feet, Peter hit the wall.

“I’m going fishing,” he muttered as he grabbed his bag and headed off in the direction of the lake. The other disciples looked at each other for a few seconds then shouted, “Dude! Hold up! We’re coming, too!”

Fishing was not a hobby for Peter and company. It was what they did . . . what they knew. It was the way they fed their families. And feeding his family while turning a tidy profit had always made Peter feel useful . . . valuable.

Of course, there is nothing wrong with wanting to provide for yourself and for those who are counting on you. In fact, we are hardwired by our Creator to work, produce, build and achieve.

The problem is that from an eternal perspective, we are so much more than what we do. And what we earn is not the measure of our value as men. When we fall for the trap of measuring ourselves by our salary or bank account or car or watch, we are set up for a devastating fall through job loss or a business failure.

So what is the proper measure of your value?

The answer is: What the God of the universe paid to acquire you as a son. That price was Jesus. In good economic times or bad; employed or job hunting; your value remains the same.

You are a prince of God—loved, redeemed and called to eternal usefulness in an eternal kingdom.