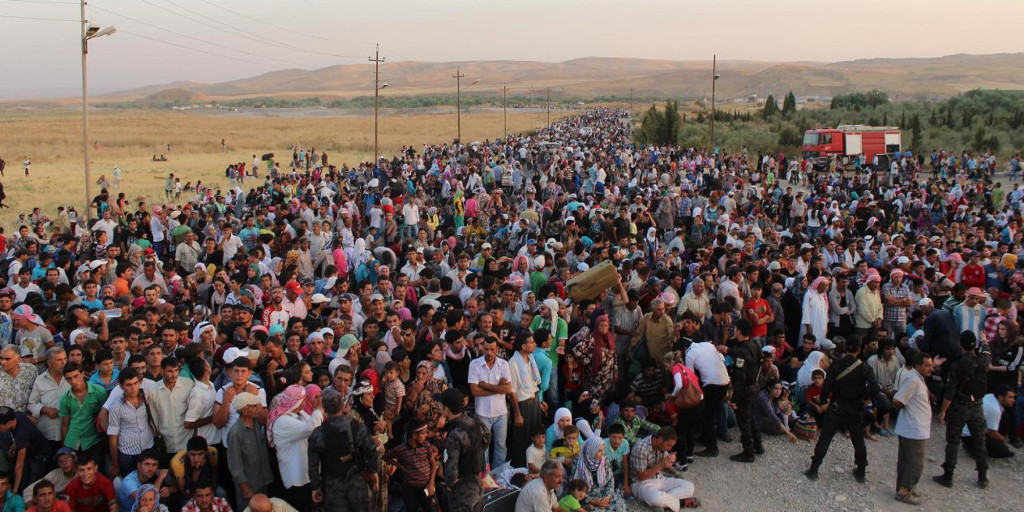 Note: I was in the middle of drafting this—a follow up to an earlier post about the Middle Eastern refugee crisis—when the Paris attacks unfolded.

As I impolitely pointed out in my previous post, any nation’s willingness to accept small numbers of asylum seekers or shrug at illegal immigration will invariably be rewarded with the opportunity to welcome many, many more. MANY. MORE. 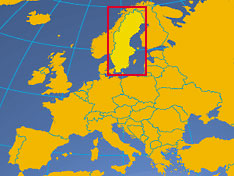 Sweden: A country so cold, many of its inhabitants moved to Minnesota in the 1800s for better weather.

A few facts for your consideration.

As I write, more than 160,000 asylum seekers—the overwhelming majority of them single Muslim men under 30—have arrived in Sweden so far this year. That’s more than 1.6% of Sweden’s population. For perspective, that would be like a wave of 5.1 million Middle Eastern immigrants arriving on U.S. shores.

For Sweden, this new Islamic wave lands on top of the more than 500,000 Muslims who have immigrated to Sweden over the last few decades. They are drawn by the stability of the culture; Sweden’s liberal approach to immigration; the live-and-let-live nature of the Swedish people; and most of all, the generous suite of social welfare benefits.

Sweden’s idealistic open borders experiment has come with a terrible price tag for it’s citizens. Economic realities have forced the nation to drastically scale back it’s socialism. And in major cities such as Malmo, large portions have become Islamic strongholds in which non-Muslims, particularly Jews, dare not set foot.

As a recent piece about Sweden in Investors Business Daily pointed out:

There are Muslim enclaves where postal, fire and other essential services — even police officers themselves —require police protection. A police report released last month identifies 55 of these “no-go zones” in Sweden . . . They formed as large Muslim populations emigrating to politically correct and tolerant European states refuse to assimilate and set up virtual states within a state where the authorities fear to tread.

In the decades since Sweden collectively decided that inviting hundreds of thousands of poor Muslims to call Sweden home violent crime has increased by 300% and rapes by 1,472%. Sweden is now second only to Lesotho in Southern Africa in the number of rapes per capita.

This is just Sweden. These same patterns are being replicated across the continent of Europe and the U.K.. 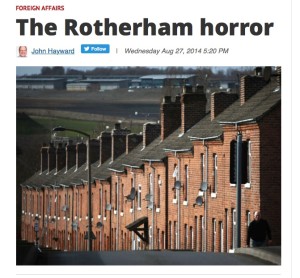 “Horror” is an understatement.

Did you hear about the Rotherham, U.K. sex slavery scandal last year? It’s quite possible you didn’t, as it got pathetically little coverage in our media. (Didn’t fit the preferred narrative.)

Rotherham is one of the many heavily Islamified cities in the UK . Last year it was revealed that over a period of more than 16 years at least 1,400 young, non-muslim girls—some as young as 11—had been abducted, “broken,” and abused in the most unspeakable ways while local officials turned a blind eye.

Why? Fear of being labeled “racist.” The liberal disease of political correctness paralyzed those with the responsibility and power to stop the horror.

As a damning and heartbreaking recounting of the scandal in Human Events magazine noted:

What happened in the town of Rotherham, South Yorkshire is almost beyond belief.  It’s also the most absolute and horrifying failure of the same multiculturalist ideology that holds sway over much of U.S. government.  To put it bluntly, pedophile gangs went on a 16-year rampage that claimed over 1400 victims, and the government strenuously resisted noticing, because most of the perpetrators were Pakistani Muslims, and officials didn’t want to appear insensitive.

In some cases, parents who tried to rescue their children from abusers were themselves arrested. Police officers even dismissed the rape of children by saying that sex had been consensual.

I have been reminded of Rotherham’s negligent leaders recently as I’ve seen accusations and smears  thrown at those who have questioned the wisdom of granting asylum to the throngs now pouring out of the Middle East.

Point to facts like those I’ve touched on in these two blog posts and you tend to get called names. Paranoid. Xenophobic. Heartless. And most hurtful of all, “Un-Chrstian.”

If you care deeply about the poor and oppressed, as I do, that’s a troubling accusation.

It’s also wrongheaded. It’s just that I know that the only viable answer for the world’s poor is to have the gospel transform their home countries and cultures.

In the next and final post on this subject, I’ll lay out the important differences between the compassion-driven responsibilities of individual Christians toward the plight of the world’s war-threatened poor, and those of any government that strives to do the “right” thing.