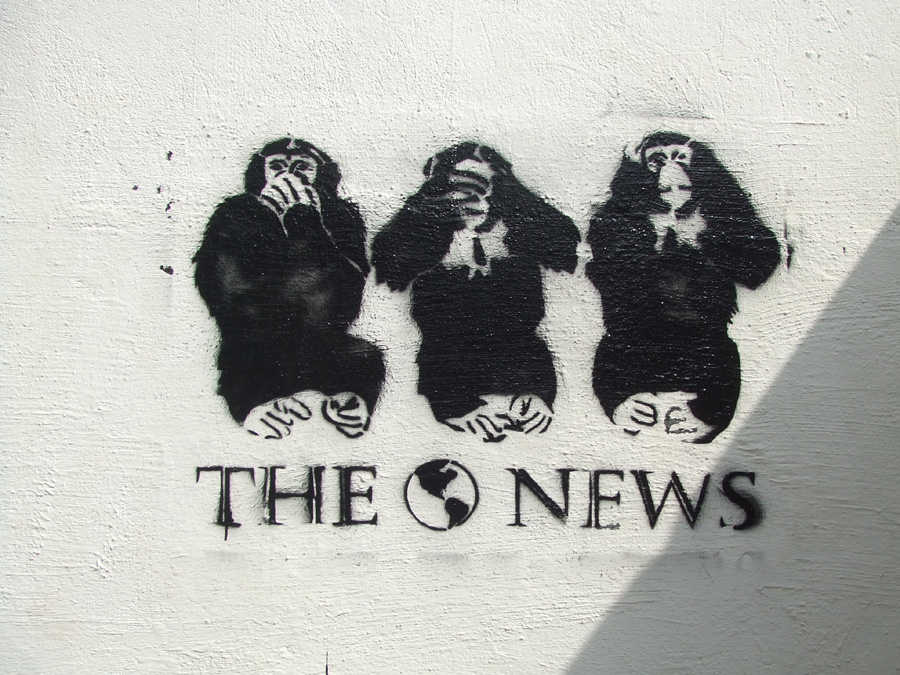 In the 1850s and ’60s, courageous writers exposed readers to the horrors of slavery and the Abolitionist Movement was born.

In the early 1900s, Upton Sinclair pulled back the curtain and gave America a horrifying look at the meat-packing industry, triggering a public outcry that produced significant reforms.

In the same era, other journalists, who Teddy Roosevelt admiringly dubbed “muckrakers,” went undercover to expose other festering societal cancers to the light of day.

Fast-forward to 2015. As I pointed out in this blog post, journalism is largely dead.

Today the the entire news gathering, news reporting apparatus in the United States is wholly dedicated not to keeping the powerful accountable but rather keeping liberals/Progressives in power and advancing the liberal/Progressive agenda.

Some journalists now take talking points directly from the White House. Many others participate in large email listservs that allow them to shape coverage and therefore shape narratives. (See the JournoList Scandal for example)

Media bias doesn’t just manifest in the way stories are covered. It’s most insidious manifestation is in the way certain stories are ignored (see: Benghazi/Hillary/”What difference, at this point, does it make?”)

The American deaths and heroics at Benghazi, and the subsequent government cover-up, was the most underreported story of 2013. So what about this last year—2015?

That would be the explosive exposé by The Center for Medical Progress of Planned Parenthood’s gruesome harvesting and marketing of baby parts. Over the course of six months in 2015 the courageous group released  a series of videos of clandestinely taped conversations with various Planned Parenthood officials.

In a fairer, more just world the content these videos would have unleashed a firestorm of media attention so ferocious that Planned Parenthood would have been fully defunded and no donor this side of Josef Mengele would have given it a penny.

Obviously, that is not the world we’re living in. The mainstream media completely ignored the first few videos. In fact, the first time most of the major news outlets even acknowledged the existence of the bombshell exposé is when Planned Parenthood issued an official response.

The truth about Benghazi could not be suppressed. Americans are finally learning the truth. Hopefully the horrifying truth about Planned Parenthood’s barbarism will not stayed buried either.

However, as I write, Planned Parenthood, with deep pockets from fat-cat donors and taxpayer dollars, is suing The Center for Medical Progress.