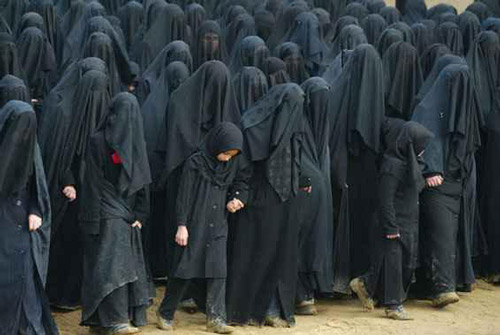 Permit me to point something out that isn’t widely understood or acknowledged in our Postmodern, Bizarro-World times.

Whereever the gospel of Jesus Christ has spread and taken root, the lot of women has radically improved. Conversely, the places where Christianity is least historically present and welcome . . . these are the most hellish places on our planet to have the misfortune of being born a girl.

For the whole of human history, the default setting in our fallen world has been to treat women as property or sex slaves. Paganism is the original “rape culture.”

Jesus shocked the sensibilities of the dominant culture in His day by welcoming women into His inner circle–accepting their worship and follower-ship. And wherever the movement He launched has spread—relentelssly, progressively, although imperfectly—women’s lives have improved and their status has risen.

Western Civilization is, in essence, a manifestion of Christian civilization, a.k.a., the Kingdom of God. The Gospel is the greatest force for human equality ever unleashed. The seeds of the end of slavery in Europe were scattered from Britain’s Protestant pulpits. It took longer, but the same was true in North America.

The Gospel is the greatest force for human equality ever unleashed.

The Abololitionist movement was born and fueled by churches. Just as most of the concern, energy, and money for fighting modern slavery (in the form of human trafficking and sex slavery) is coming from Christian people in Christian ( and formerly Christian) nations.

Perversely, a majority of the self-identifying feminists of our day view Christianity as Enemy Number One, while being inexplicably willing to accommodate Islamic Culture and actively embrace Hindu Culture in the form of Eastern Mysticism.

A few facts for your consideration on this International Women’s Day:

I am a husband to an extraordinary  woman, and father to three more of the same. A few weeks from now, twin girls will be added to our clan. How grateful I am they were born in a Gospel-infused, Gospel-informed culture.

It is a privilege I seek and pray for every little girl in every corner of the world.