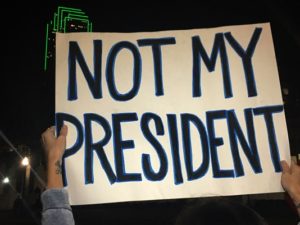 For the fourth night in a row, noisy throngs of the usual suspects have marched through the streets of Dallas and other urban centers chanting silly chants:

Of course, we all know and fear the awesome election-voiding, mind-changing power of a wicked burn that rhymes.

The marchers in each city are almost certainly the same tossed salad of marxists, anarchists and identity politics grievance mongers who can be counted on to take to the streets every time there is a left-wing cause to promote for sympathetic evening news coverage.  And as is so often the case with these “spontaneous” uprisings, billionaire George Soros is paying the bills.

Now, I may be misreading the current situation but I get the impression that many on the Left are unhappy about the presidential election result. 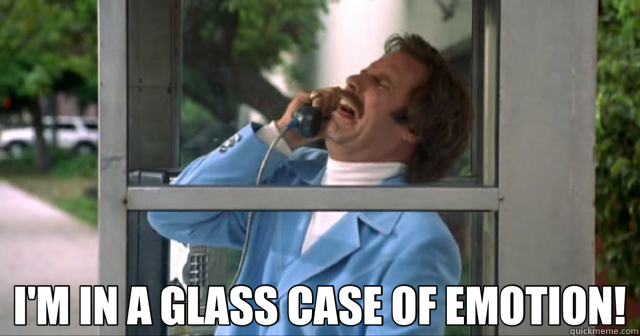 As I’ve repeatedly pointed out, I was not, and am not, an enthusiastic Trump supporter. There were a half-dozen highly qualified Republican candidates I would have loved to have had the opportunity to support. But the major media, by focusing incessantly and exclusively on Trump during the primaries—both for ratings and in a cynical ploy to hand pick Hillary’s challenger—denied me that privilege.

The histrionics and pants-wetting by many Hillary advocates over the failure of their candidate has been one of the most extraordinary things I’ve ever witnessed. In addition to the protests, which in Portland have turned violent and destructive, we’ve had a torrent of embarrassing crazy talk from celebrities. So be it.

For the most part, the rage, name-calling, and foul-mouthed caterwauling that has followed Trump’s decisive electoral college victory has only served to reassure those Middle-American swing voters who now determine our national elections that they made the right choice.

By the way, I chuckled to learn today that more than half of the Democracy Now! protesters arrested in Portland last week hadn’t even voted. I’d bet a week’s pay that most of the others voted for third party candidates like Jill Stein.

Of course, if the average age of an outraged chanting hippie in the streets is 25, that means that he/she was roughly 13 years old the last time the Democrats lost a presidential election and around nine for the bitterly contested Bush vs. Gore outcome of 2000.

In other words, they have no experiential framework for putting this loss into context or perspective. What’s more, most have been taught a nonsense version of history by the educational system that is constantly reinforced through pop culture and media.

Compounding this is the liberal echo chamber they’ve lived in their entire lives—swaddled in a comforting blanket of media reassurance that they are right and righteous.

A big reason for the magnitude of the shock and awe for many is that they were so sure they were going to win. In fact, in the middle of the day last Tuesday, Hillary and her team were already popping champagne open on the flight back to New York.

Why? How? What now? Some strung-together random thoughts: